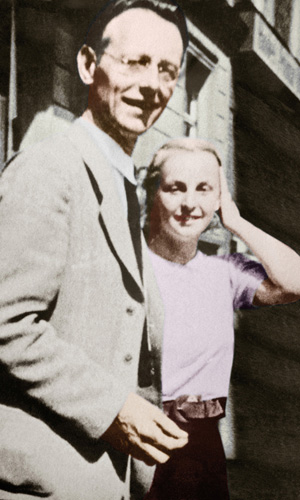 With her father at the premiere of
Carmina Burana

On 8 June 1937 – Godela Orff was 16 years old – the premiere of Carmina Burana took place in Frankfurt am Main. The proud daughter’s first report to her grandparents included the famous quotation from her father: “By all accounts, the broadcast quality was rubbish… Godela is enjoying all the attention. Nobody believed that the piece would be as powerful on stage. The press are falling over themselves to praise it. I’ll tell you all the rest. See you soon, C.” 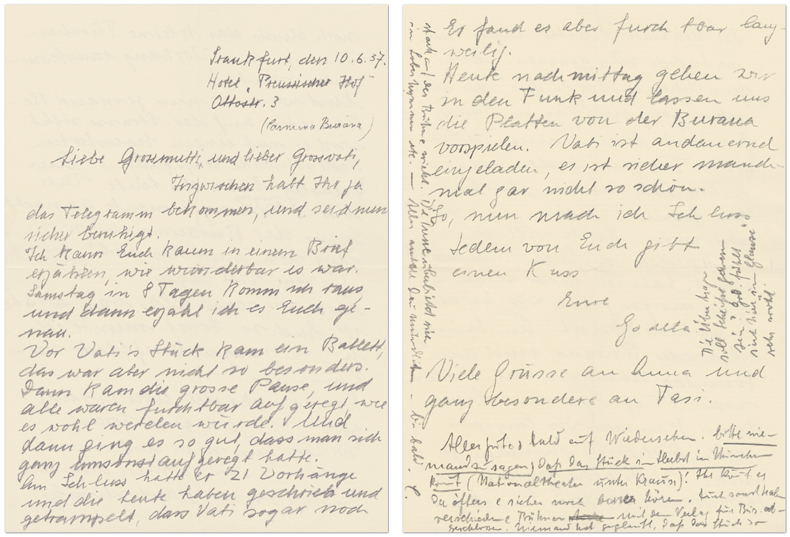 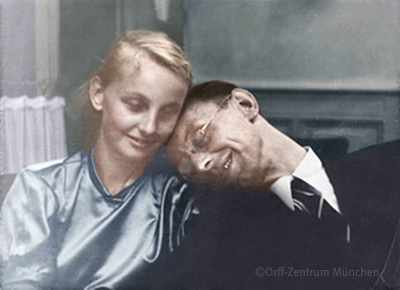 “Happy!” – Father and daughter after the premiere of Carmina Carmina Burana

The second performance took place a few days later. In her book, “Mein Vater Carl Orff und ich” (My Father Carl Orff and I), Godela Orff described it as follows: “The head people of the party, this was the Third Reich, are sitting in the auditorium. They will decide whether the piece will be approved. The first part fades… The conductor pauses, waiting or hoping for applause but the auditorium remains icily silent. Then, suddenly, from the proscenium box next to the stage a bright and very audible voice cries with obvious indignation, “Why aren’t bastards clapping?” (meaning the party bigwigs). It was Godela Orff. This interjection deflates the tension in one fell swoop, and the applause surges alongside laughter. The performance has been saved.” This concert marked the start of the global success of “Carmina Burana”.

Continue with the page “Acting career”