At the age of 16, Godela Orff was accepted at the State School of Acting in Munich from a pool of 400 candidates.

Godela Orff enjoyed extraordinary success on stage as an actor. While still in her training phase, she was given leading roles at the Bayerisches Staatsschauspiel in Munich, and by the age of 18 has become a permanent member of this ensemble. 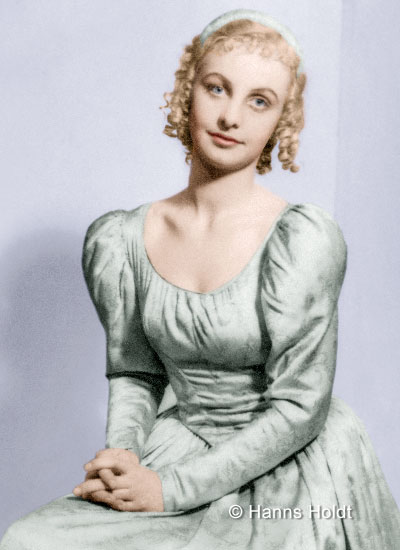 Munich 1939: Godela Orff at the age of 18 at the Bayerisches Staatsschauspiel theatre in her first role as Luciana in “The Comedy of Errors” by William Shakespeare.

The newspaper Augsburger Zeitung wrote in its review: “The young artist possesses to a high degree the art of the enchanted soul, and thanks to her strong instinct for the essence of a scene is one of the most promising talents among today’s young actors.” 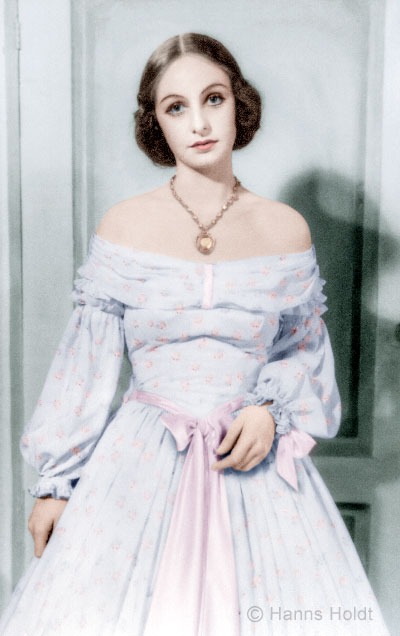 1940: Godela Orff as Jenny Lind in the premiere of “Gastspiel in Kopenhagen” by Friedrich Forster at the Residenztheater in Munich. “This Jenny Lind was decisive for the great success of the play” was the opinion of the Neue Augsburger Zeitung (24.10.1940). 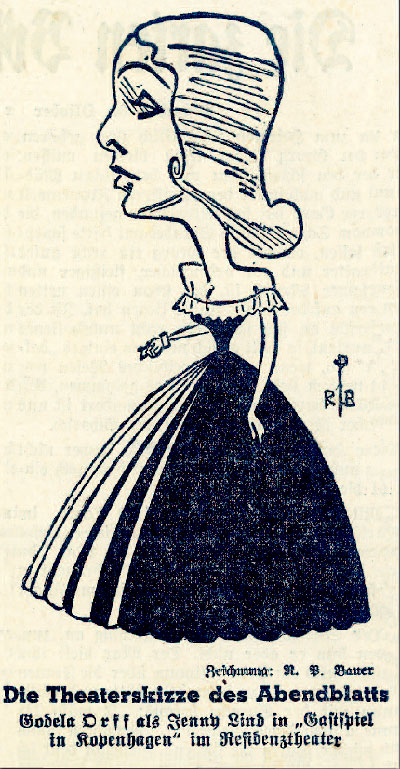 Godela Orff conquers the press. Those who are fortunate enough to be sketched in a daily newspaper, like Münchner Abendblatt, have truly attracted public interest. 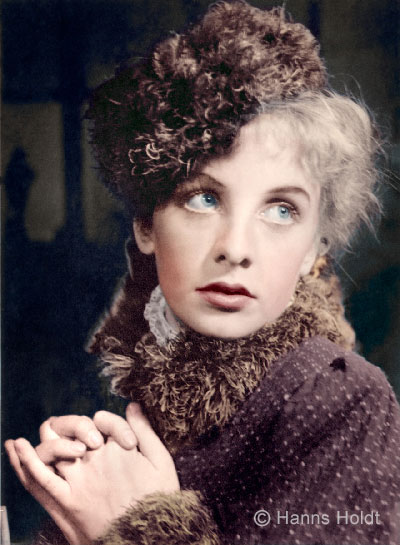 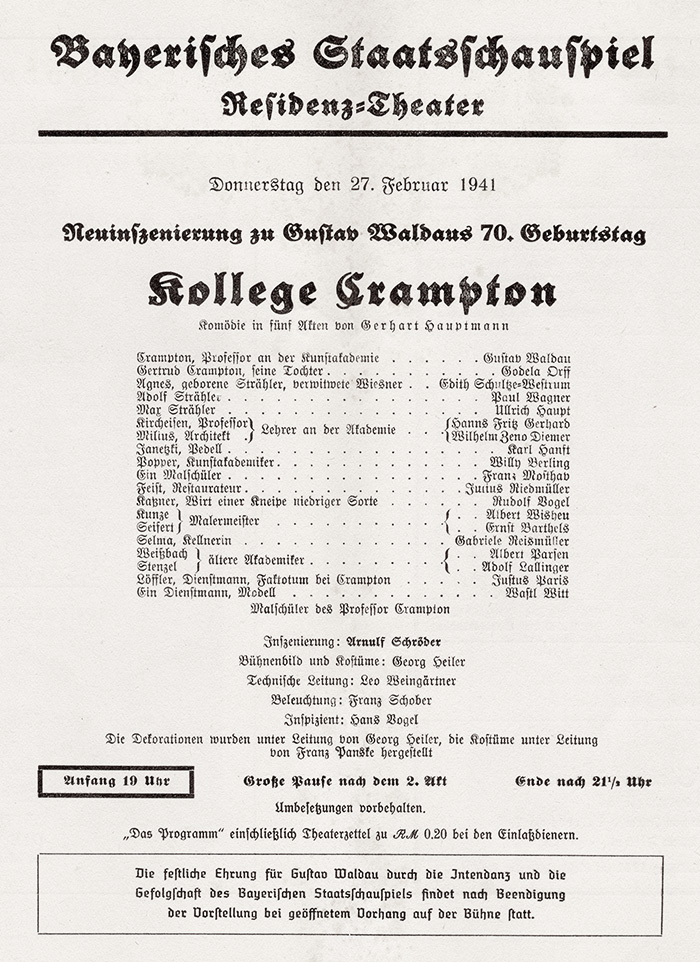 1941: One of her strongest performances: Prothoe in “Penthesilea” by Heinrich von Kleist at Münchener Staatsschauspiel theatre. 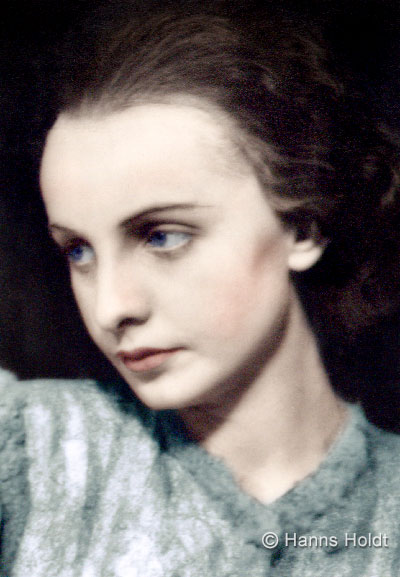 The press wrote on 15.12.1941: “A performance that deserves a very special mention is that of Prothoe by Godela Orff. To be a friend to Penthesilea not only calls for a will to serve. Prothoe, torn on the bridge between herself and the queen, between giving up and winning, is a true Kleistian character. To play this character demands a full dramatic resonance. Godela Orff found it and in the large circle of competing actors who were obviously inspired and delighted by this mighty play, emphasizing the dignity of the performance hot and bright in her person.”

Godela Orff in the leading role as Agnes in Hebbel’s “Agnes Bernauer”, 1942

Godela Orff as Agnes in Hebbel’s Agnes Bernauer: “With this role I inspired my father to create a Bavarian ‘Bernauerin’…” Cited from the book Godela Orff, “Mein Vater Carl Orff und ich” (My Father Carl Orff and I).

In his documentation “Carl Orff und sein Werk” (Carl Orff and his Work) (Hans Schneider, Tutzing), Carl Orff wrote: “My daughter was fortunate to be engaged by the Bayerisches Staatsschauspiel theatre immediately after graduating from drama school, and at this theatre she was supported and encouraged to take on larger parts. As early as her second year, she was given a leading and title role in Hebbel’s ‘Agnes Bernauer’.” 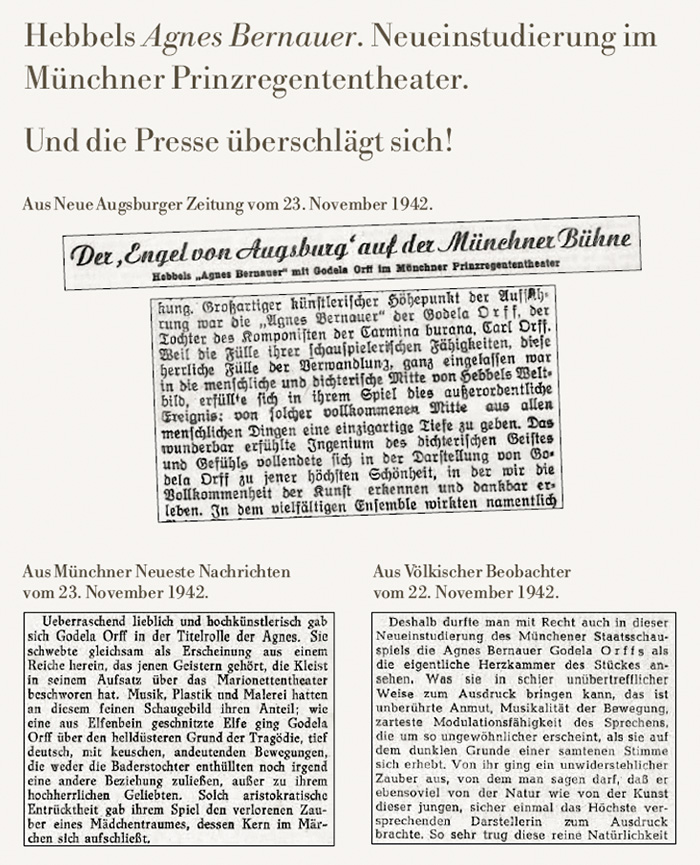 The press loves her performance: reviews of Godela Orff’s performance as Agnes in Hebbel’s Agnes Bernauer, 1942

Godela Orff inspired Carl Orff to write a new “Bernauerin” for his daughter. For more details, go to Die Bernauerin

Continue with the page “Die Bernauerin”